History
Startseite About us History

From rose fields near Leipzig to a global presence

Future-oriented flavours and fragrances are born from pioneering creativity and state-of-the-art facilities in an area which, in the 19th century, was dominated by rose fields.

Bell‘s predecessors include Schimmel & Co., founded in Leipzig in 1829, one of the world‘s most renowned and oldest manufacturers of flavours and fragrances. The technologies developed by Schimmel for the extraction of essential oils now represent the standard for an entire industry. Not even the expropriation after the Second World War destroyed this innovative power. In fact, the expertise gained during that time contributed to the former Schimmel factory being considered an attractive location for the production of flavours and fragrances in 1993. The company founded in Chicago in 1912 by William M. Bell recognised this potential, took over the facility and established an independent branch.

The owner-run Bell Flavors & Fragrances GmbH grew into an international manufacturer of flavours and fragrances within 25 years thanks to extensive strategic investments. Today, the facility in Leipzig/Germany, with its 200,000-square-metre surface area, is among the largest and most modern production sites for flavours and fragrances in Europe. The logistics centre, completed in 2017 – one of Bell‘s largest single investments in Germany – has not only laid the foundations for optimal cargo handling, but also expanded the reach of quality assurance, ensuring that the highest of standards will continue to be met going forward. It is through this focus on technology, innovation, research and development that we have secured our leading position in the industry. 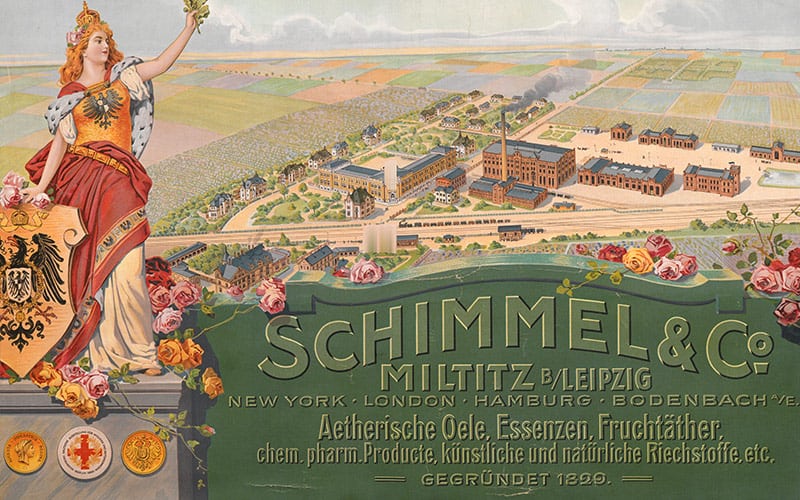 Pioneers of an industry

Bell’s roots are inextricably linked to the origin of an entire industry, namely resourceful chemists and pharmacists, who at the end of the 19th century recognised the spirit of the times and applied their expertise in the industrial age.

Renaming of “Spahn Schimmel” with the entry of Friedrich Edmund Louis Schimmel and finally “Schimmel & Co.”.

Establishment of the first chemical test laboratory for essential oils

Extraction of the first rose oil in Miltitz

Expropriation by the Soviet occupying power 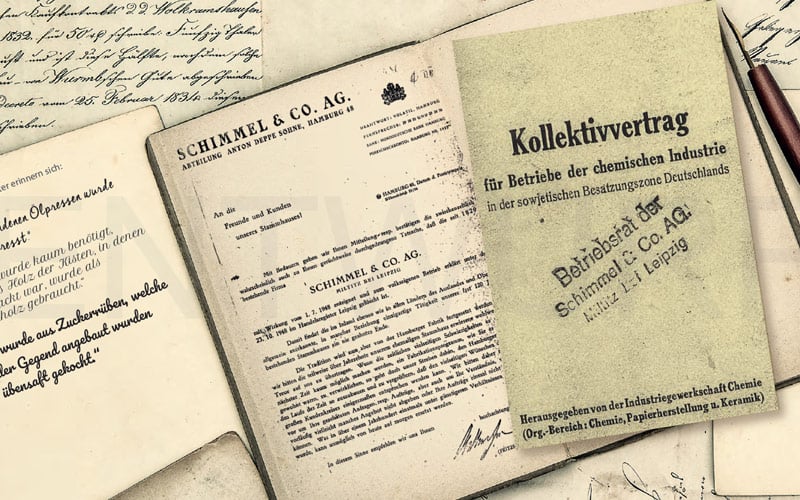 As an association of almost all cosmetics companies in the GDR with almost 3,000 employees, the “VEB Chemische Fabrik Miltitz” supplied almost the entire soap, perfumery and detergent industry in the GDR with fragrances and about 70 per cent of the flavouring industry.

Foundation of the VEB Chemisches Kombinat Miltitz with Miltitz as leading company, consisting of 16 state-owned companies throughout the GDR, employing up to 11.000 people

Building of the new chemical plant and R&D Center. 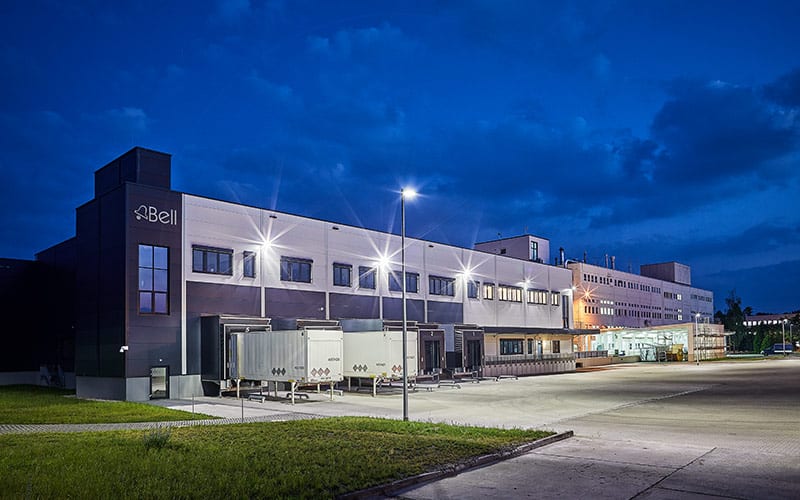 The 1993 takeover by the American Bell Flavors & Fragrances Inc. marked the beginning of a new era for this historic business location. The recent past has been characterized by constant investments in modern systems and the development of a global sales network.

Acquisition by Bell Flavors & Fragrances Inc (History of Bell US).

Relocation to the newly-erected administration building

Establishment of trade with Russia and the CIS.

Re-establishment of trade with Vietnam.

Reopening of the historic Schimmel Library as a conference room and place for research.

Introduction of the XAL business software

Commissioning of the first pastillation plant

Completion of the current research and development building

Establishment of a business unit structure

Expansion of the company premises to 200,000 square metres (acquisition of the old plant)

Introduction of the ERP system (AX)

Commissioning of a new logistics centre